Is mould removable? Yes, it is. But this simple question and answer are just the start of your investigation into mould. You need to ask two other questions.

The answers to these are straightforward but require some background knowledge and explanation. 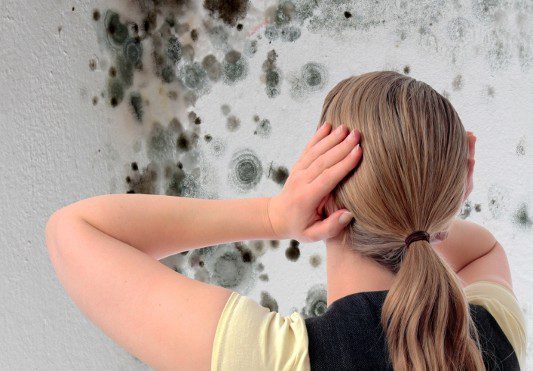 In This Article hide
1. The Nature of Mould
2. How do I Remove Mould?
3. How do I Stop Mould Returning?

The Nature of Mould

Mould is everywhere. It’s a form of fungus and has about 150,000 varieties. It loves dampness and organic materials.

In your home, the dampness could be water ingress from leaking pipes, poor drainage, broken guttering or cracked roof tiles. Or it could come from condensation in kitchens and bathrooms.

Organic materials are the “food” of mould. Around the home they tend to be wood and paper. Mould also likes cellulose products such as certain fabrics, paints and plastics.

You don’t have to look far to find potential sources of dampness and organic materials. The steam from cooking, for example, causes condensation. This in turn settles on the cabinets and wallpaper in your kitchen. You now have the ideal breeding ground for mould.

How do I Remove Mould?

You can easily recognise common household mould. It comes in the form of soft black fungal spots. These clump together and cause an unsightly mess.

Step into any hardware shop and you’ll soon find a mould removing solution. Larger supermarkets also sell mould remover. Beware of using chemical products, though. They undoubtedly kill and remove mould. But a glance at the health warnings on the labels shows you’re dealing with hazardous solvents.

A safer option is to use a water-based mould remover. It’s non-toxic and doesn’t pose any danger to your health. It isn’t hazardous for children or pets in your home.

Water-based mould remover has no solvents or VOCs (volatile organic compounds). It doesn’t irritate your skin or emit unpleasant and potentially harmful fumes. You can use it comfortably in small areas such as a shower or cupboard.

You can also apply water-based mould remover to most surfaces in your home. These include wood, plastic, concrete, brick, marble, stone, plaster and tiles. Application is easy. You spray the water-based solution on to the mould. It sets to work immediately and kills the mould spores.

If you have a particularly large area to treat such as the tiles in a bathroom, you could apply the solution in a watering can. Once you’ve treated the area, leave the solution to soak in and do its job.

How do I Stop Mould Returning?

After removing mould, you need to take measures to stop it returning. Find the cause of dampness in your home. Fix any broken guttering or leaking pipes, and replace cracked roof tiles. Avoid condensation in bathrooms and kitchens by ensuring you ventilate these areas properly.

The key to preventing mould is to control the moisture in your home. You may never be able to eliminate mould completely but you should be able to give it as little chance as possible to settle and grow. And if it does appear, treat it straightaway with a water-based mould remover.